Created in 2012 to mark the 60th anniversary of Her Majesty Queen Elizabeth II’s accession to the Throne as Queen of Canada, the Queen Elizabeth II Diamond Jubilee Medal was a tangible way for Canada to honour Her Majesty for her service to this country. At the same time, this commemorative medal served to honour significant contributions to Canada or to a particular province, territory, region or community within Canada, or for an...

The Meritorious Service Medal is a decoration that is, within the Canadian system of honours, gifted by the Canadian monarch, generally through his or her viceroy-in-Council. The medal is intended to recognize individuals who have carried out a meritorious act or a military deed or activity performed in a highly professional manner, according to a very high standard that brings benefit or honour to the Canadian Forces.

Commander Canadian Army Commendation
While attached to the Ceremonial Guard from 19 May to 25 August 2014 and in the aftermath of the 22 October 2014 shooting of Corporal Cirillo, Lieutenant (Navy) Lewis demonstrated outstanding professionalism and dedication to Public Affairs excellence. He expertly utilized social media and available technology and dedicated many additional hours providing constant and positive engagement with traditional media outlets. Lieutenant (Navy) Lewis’ efforts elevated the profile of the Ceremonial Guard in the execution of public duties and in so doing, he has brought great credit to himself and the Canadian Army. 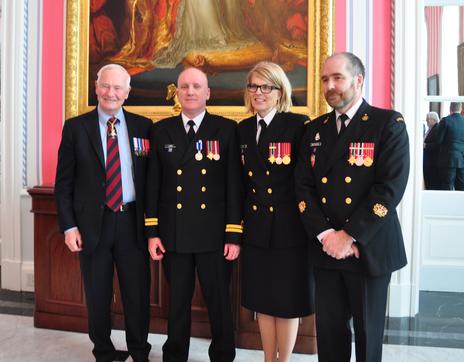 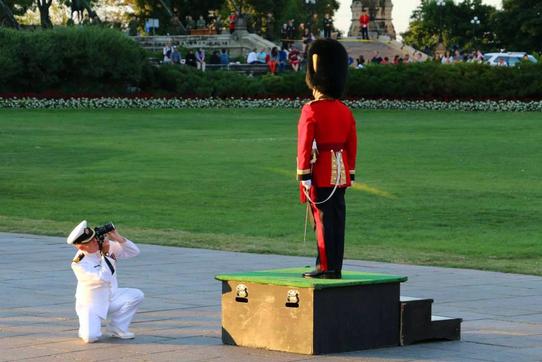