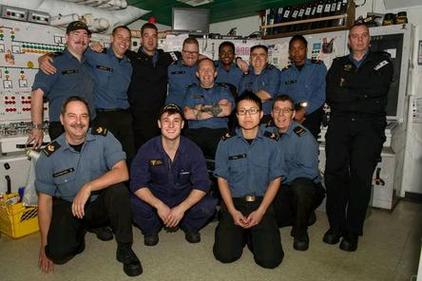 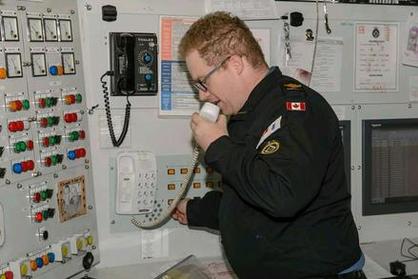 Working full-time while also serving Canada on a part-time basis as a Naval Reservist is a formidable undertaking. The time management skills required to handle full-time civilian employment and the training required to be a fully qualified member of the Canadian Armed Forces can be extensive.  Master Seaman (MS) Cameron Auld is doing just that, as a Naval Reservist he is currently pursuing an exciting part-time career as a Marine Technician (Mar Tech).

MS Auld is a member of ship’s company at HMCS Prevost, the Naval Reserve Division in London Ontario. He is actively engaged in training future MarTechs to operate and maintain highly technical propulsion, mechanical and power generation systems onboard Royal Canadian Navy warships. MarTechs insure the Navy’s ability to float, move and fight.   Reservists like Cameron play a vital role in ensuring that the Navy is always ready and able to defend Canada and proudly safeguard its interests at home or abroad.

“When I first arrived at the recruiting office I wasn’t quite sure what trade he wanted to sign up for. My father was a vehicle technician in the Army and I had learned much from him about mechanics,” says Cameron, “so the MarTech trade was something of a natural choice.” since then he hasn’t looked back.  Recently he was available to volunteer for deployment with the Navy on-board HMCS Edmonton, one of Canada’s Maritime Coastal Defence Vessels. He was on an operation to the North Pole which called Op LIMPID. “I worked really hard expanding my knowledge and experience.  When we pulled into our last port of Sitka, Alaska, I sailed the rest of the way back to Esquimalt with my own engineering watch.”

When not sailing to the Arctic or teaching junior MarTech’s, MS Auld is actively engaged with Forest City Artists/Gallery which serves to foster and support contemporary art, promoting dialogue amongst local, regional, and international arts communities. Cameron has had numerous showings of his unique art which reflects his own eclectic and interesting style and personality. He also is able to put his artistic skills to good use helping one of his former professors with both developing lecture material and artistic products.

Always up for a challenge MS Auld spent much of this summer as a new recruit instructor. He gives credit to the multitude of experiences he has had over the past 12 years as a Naval Reservist. Participating in a multi-ship coordinated effort on Operation CARIBBE which resulted in the seized over 2 tonnes of cocaine, (stopping it from entering Canada) is a highlight. “The great thing is, as a MarTech, there is always a new adventure waiting.”

Marine Technicians operate and maintain highly technical propulsion, mechanical and power generation systems. They are the ones that enable Royal Canadian Navy ships to float, move and fight! 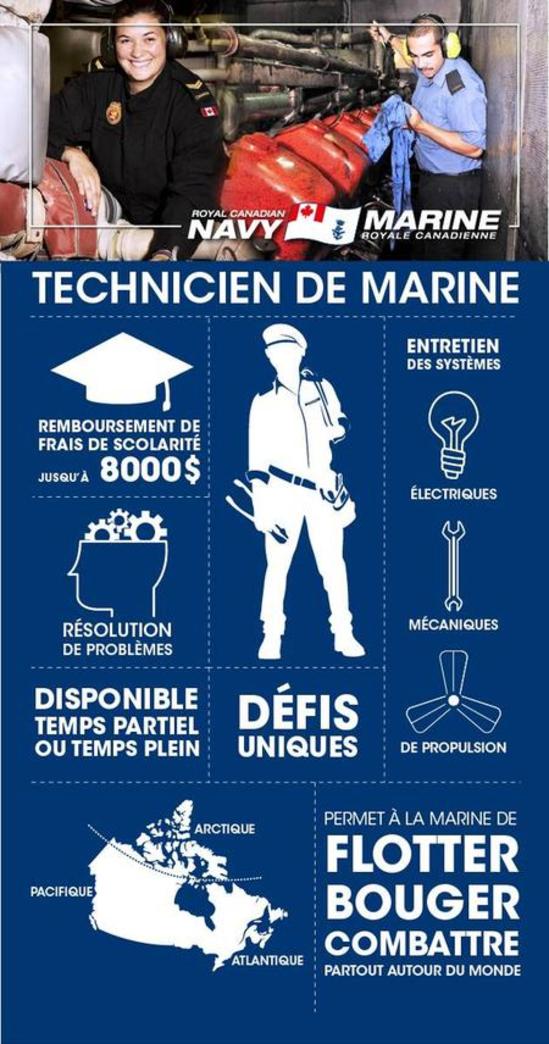 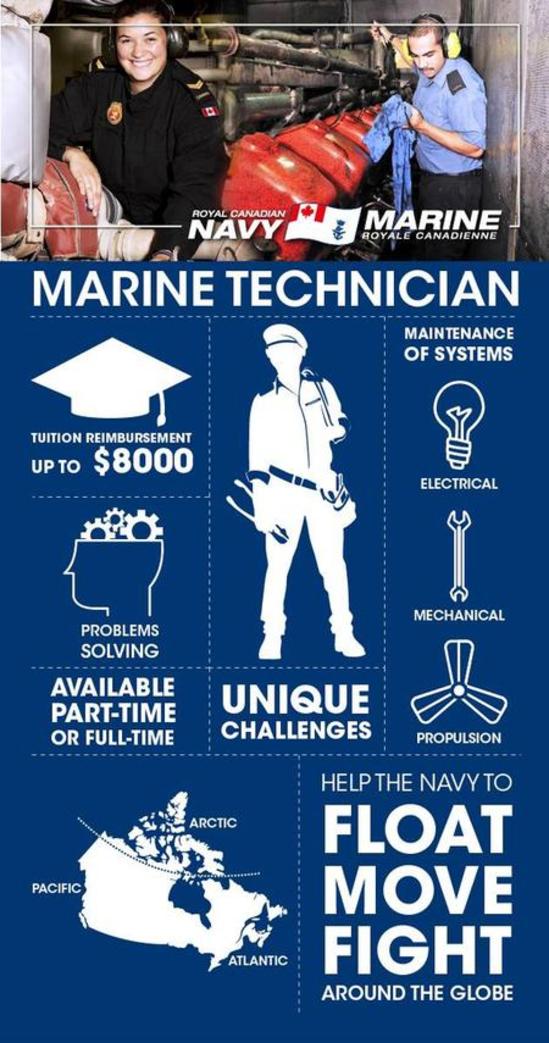 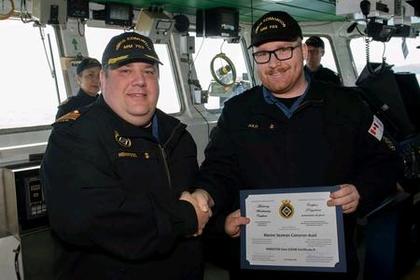 -  All stories available in downloadable .pdf for distribution to potential candidates. 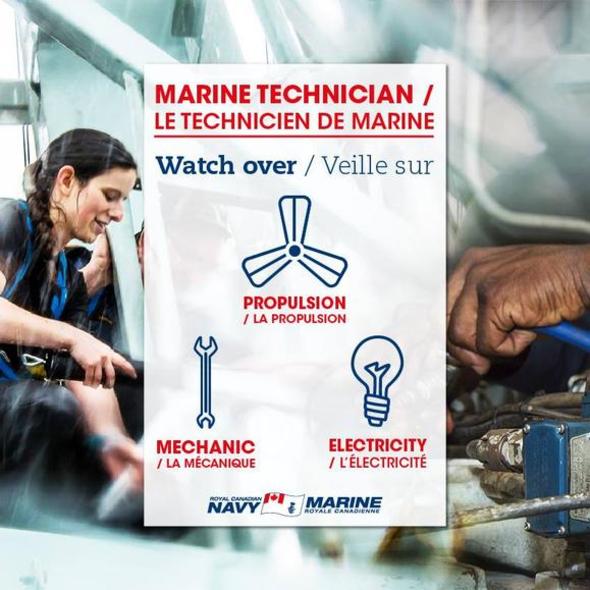